See the amazing flower power through a girl’s eye

Welcome to the weekend on my blog 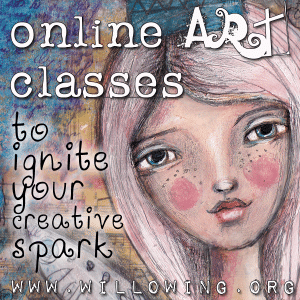 TGIF – starting off with last Sunday, it has been quite a week. After finishing a nice breakfast I finally wanted to hook up my Wacom Cintiq to my desktop for some digital painting on both monitors. Well, what can I say – never over- or under-estimate all the power running through the wires…

Why? Apparently me plugging in the power cord to the surge protector was too much for that particular circuit in our house and it blue the fuse and everything went dead. Really dead. Overload apparently.

After a lot of testing, which device of all the ones plugged into this particular surge protector could have faulted, we finally concluded that it was the computer’s power supply. And the really bad thing was that it also blew whichever fuse there is in the power supply and broke it for good. So, off we went shopping on Sunday afternoon to find a new PSU, which we did at Best Buy. Back home we disassembled the computer, re-assembled it with the new PSU and hit the start button.

You guessed it – BIOS error message, which basically meant that we could not start the computer. By that time it was already 6:30 pm and I threw the towel. What a completely wasted Sunday. So Monday morning David brought the desktop to a local repair shop, which we had used previously. The next day their good news was that thankfully the hard drive with some of David’s data survived.

The bad thing is that surge to or through the power supply must have wrecked the motherboard. Which as most of you probably know is the piece that holds and connects all computer innards. Without it – no computer. So, once again, poor David is without a computer. As it turns out that it is not that easy to find a MOBO that fits all the parts, which by now are a few years old, but still really good. Thankfully the repair shop found a fitting MOBO and should get everything fixed, but probably not before next week.

Somehow this computer havoc hindered my creative juices and I did not do much, except for some figure or gesture sketching at night. Those are not for display, but what is, is the finished flower power girls piece which I showed you as a work-in-progress last week. Thankfully I finished it last Saturday. As I had mentioned I wanted it to be a little more 3D as opposed to a flat piece of paper, and you will hopefully be able to see this now in the finished piece, along with the sparkles of iridescent ink.

The butterfly’s wings opening and closing were too enticing so I couldn’t resist and made a gif out of them and also a sort-of time-lapse from all the photos I took while creating the piece.

Now I have a feeling that this might be the last mixed media piece for a while as digital art seems to be calling me again. But you know that this might change at any given moment. If you like to get started on mixed media art of the whimsy kind, Tamara Laporte has got plenty more inspiration and courses to choose from on Willowing.ning. Soon she will be launching a brand new course called Ever After, which sounds amazing, you can have a sneak peek here.

For a change I also decided to join the Friday Friendly Fill ins hosted by Ellen of 15andmeowing and Annie of McGuffy’s Reader, who provide the fill-in statements. Please come back on Friday, when we post our answers with a link-up. Learning about each other and making friends is what it is all about!

Have a wonderful weekend!